We are entrepreneurs ourselves. We have experienced both the challenges and rewards that come from starting, growing, and scaling businesses. We put that knowledge and perspective to work for the companies that choose to partner with us.

Founded in 2014 and investing as Cascade Angels Fund across five funds, we became Cascade Seed Fund in 2019 building on more than five years of early stage investing experience. Today we continue to seek out opportunities to work with amazing entrepreneurs in Oregon and throughout the Pacific Northwest. 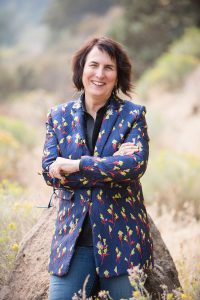 Harrelson is invited to speak and emcee at industry conferences including the international Angel Capital Association Summit, Bend Venture Conference and others. Every month she emcees a popular PubTalk sponsored by Economic Development of Central Oregon (EDCO) typically attended by approximately 200-300 entrepreneurs, investors and business leaders.

Harrelson was The Center for Women’s Leadership 2018 Bolstering Community Awardee, the Bend Chamber of Commerce 2017 Woman of the Year and a 2014 Woman of Influence Award winner. Her board service includes the Oregon State University Advantage Accelerator, the Board of Advisory Directors of the Central & Eastern Oregon Region of U.S. Bank and the honorary council of the Center for Women’s Leadership at Portland State University. 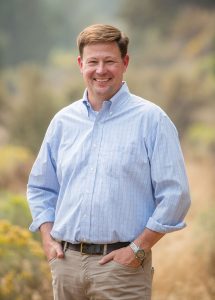 Robert Pease is a Managing Director of the Cascade Seed Fund and has over 20 years of experience as an investor, founder, operational executive, and consultant. He serves as a Venture Partner to the 2014-2017 Cascade Angels Funds and serves as Fund Manager for Cascade Angels Fund V LLC focusing on deal sourcing, due diligence, and fund operations. His experience includes early stage company formation and growth to scaling and exit. He has been a seed stage investor since 2011.

Pease was previously CEO of LoopFuse, Inc. (sold to Salesfusion, Inc.), Vice President of Marketing at Gist, Inc. (sold to Blackberry, Ltd.), and has held a variety of senior marketing and product roles in four other venture-backed technology startups. He began his career as a management consultant with Accenture’s Global Communications and Technology practice based in Washington, DC. He holds a BBA in Finance from the University of Georgia and an MBA from the University of Tennessee.

Milena Johnson is an Analyst with the Cascade Seed Fund. She supports Robert Pease and Julie Harrelson with investor relations, operations, and event planning.